Despite the widespread and growing popularity of the streaming music service Pandora, it faces one big obstacle: If you’re offline, you’re out of luck.

But it’s clear that Pandora wants to fix that situation, especially since rivals such as Spotify and Apple Music have ways you can listen offline. Today at the M1 Summit mobile conference in San Francisco, a Pandora executive’s comments suggested that Pandora is seriously considering an offline mode.

The comments came in response to a question posed to several mobile companies on a panel, including Pandora and the mobile sports ticket service Gametime. “It’s something we’re looking at,” said Lisa Sullivan-Cross, vice president of growth marketing at Pandora. “It’s on our minds.”

Asked after the panel for more details, Sullivan-Cross declined to add much. “We know our customers want it,” she told Forbes. “I don’t know if or when.”

The company needs a boost. Competition from the likes of Apple Music and even Alphabet, the holding company for Google, is taking a toll on Pandora. … 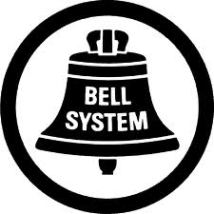 When I tweeted today that it’s getting tougher to do phone interviews because of poor-quality cell and IP telephony calls, I touched a nerve. “Bring back the Bell System!” said one tweeter.

The fact is, cell phone quality has never been great, but a lot of people, CEOs and executives included, now seem to use them almost exclusively, so the poor quality is more noticeable–and annoying. And while enterprise-quality IP phone systems seem fine, home versions like your cable company’s or Google Voice that more people are using still don’t match landlines.

And it’s not just phones. CDs still don’t sound as good as vinyl, and MP3 files are even worse. Do I even need to mention Internet video? Most people probably don’t notice that the average digital camera image can’t match the best film images, but film images taken with a good camera still have better resolution (or at least the grain looks better than pixels).

Of course, digital has its advantages. No skipping records, for instance. (Well, not actually true–my car CD player doesn’t like it when I hit a bump.) No snarled tape. Digital phones and music players are much more convenient to use, and do a whole lot more than just make calls. Videos taken with most digital cameras look a lot better than anything we used to take with tape-based camcorders.

I don’t mean to sound like an old crank, even if I might be. But I wish in the rush to digitize everything, we could remember that quality matters, and make that as important as convenience.