John Breslin strides through a warren of offices and hallways in an abandoned building that was once a Guinness storehouse and more recently offices for the bus transit firm CIE. Frankly, it’s a dump, smelling of mildew, the floors strewn with pallets, chipped-off masonry, drink coasters, and broken office furniture.

Standing in the dilapidated building in Ireland’s city of Galway last summer, I found it hard to envision this as the startup mecca that it’s intended to become by March. But after its current renovation is complete, PorterShed will house up to 75 people working for startups and growth companies, serving as a co-working space where entrepreneurs can collaborate, get help from law firms and venture capitalists, and participate in coding competitions. “It’s not the best building,” Breslin, one of the founders of the project, told me apologetically when he gave me a pre-construction tour. “But it has a lot of potential.”

Breslin, an electronic engineering professor at the National University of Ireland Galway and an entrepreneur who started Ireland’s biggest social media website, might as well be talking about Galway. The city of 75,000 in the west of Ireland, sixth largest on the island and its fastest-growing, is home to a variety of tech companies, notably the medical device maker Medtronic. But after Galway lost Airbnb and other companies looking for city-center lodgings in recent years, a group of local entrepreneurs and business people decided to do something about it.

Galway’s experience in trying to attract fast-growing startups is a window into the challenges of jumpstarting technology development in areas outside Silicon Valley. In an era when startups can become multibillion-dollar giants in the space of a few years, creating their own ecosystems of support companies and jobs, it’s more critical than ever that cities and regions figure out how to attract their own. … 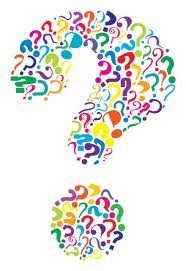 Cross-posted at my Forbes.com blog The New Persuaders:

For the past few years, I’ve offered predictions here and on The New Persuaders for what’s likely to come in the next year. This year, I’m going to shake it up and throw out a few questions instead. I think I know the answers to some of them, but if many won’t be answered definitively by year-end, they remain top of mind for me and probably for many others in online media and advertising.

So in this, the first full week of the new year, here are some questions to which I hope to start finding answers:

* Will image advertising finally take off online? I have to believe that as people spend more and more time online instead of reading print publications and watching TV, brand marketers will want and need to reach them there with ads that are aimed at creating consideration for later purchases, not just eliciting an immediate sale like Google’s search ads and too many banner ads. We’re already starting to see signs of such advertising with the early success of Facebook’s Sponsored Stories, Twitter’s Promoted Tweets, and YouTube’s TrueView ads–not to mention the explosion of tablets, which provide a lean-back experience more compatible with image advertising. This won’t be a sudden change, since brand marketers and agencies don’t move quickly, but you can’t tell me there aren’t going to be increasingly compelling ways for brands to influence people online.

* Can advertisers and publishers make ads more personal without scaring people? That’s the $64 billion question, and it likely won’t get answered in full this year. It’s easy for headline-hungry politicians to make a big deal out of Facebook’s latest privacy gaffe or the Wall Street Journal’s or the New York Times’ latest scare story about an ad that followed somebody all over the Web. That’s especially so since Facebook really does push the privacy envelope too far at times, and too many advertisers idiotically chase one more sales conversion at the cost of scaring off hundreds of others or inviting onerous legislation. But making ads more useful to each individual person is not only crucial to online commerce, it’s potentially better for most consumers as well–seriously, I don’t need to see another ad for a fitness center or a new credit card, but that ad for Camper van Beethoven’s new CD had me in a split-second. The answer lies in these two words, everyone: transparency and choice.

* Will mobile advertising work? Well, some of it already does, to hear Google and Facebook tell it. And while those already devalued digital dimes so far turn to pennies when it comes to ads on smartphones and tablets, this still feels more like growing pains than a crisis in online advertising. Sure, the screens are small and people don’t like to be interrupted in their mobile cocoons. So a different kind of advertising is probably needed–clearly, banners don’t cut it on a four-inch screen. But the value to advertisers of knowing your location and maybe the apps you’re using, coupled with knowledge of what your friends like–all with permission, of course–is huge. That permission may be really tough to earn. But if advertisers can offer tangible value, perhaps in the form of useful services related to what you’re doing or looking for or shopping for–and isn’t that the ultimate native ad?–people may loosen their hold on that information.

I have a lot more questions, but I’ve got to stop before too much of 2013 is gone.

Not long after I started my farm (pictured above) on FarmVille, the leading social game on Facebook, I got a message from a friend. He was relaying a question from his wife, who had seen countless semiautomated posts to my Facebook Wall chronicling my progress in the game. Her query: “What’s the matter with him?”

It wasn’t the only such reaction I got from playing Farmville. I started the game as research to write a story on their rise for Graduate School of Business alumni magazine at Stanford University, where a surprisingly large number of social games founders or managers got degrees. It seems that people either love social games (one friend either is doing a very deep research project on them or needs an intervention) or hate them. But it’s hard to deny that they’re a game apart from most previous online games, because millions of regular people who don’t even know the term “gamer,” let alone touched an Xbox console or joined a World of Warcraft guild, are playing them.

I hope my story explains some of the reasons why, but what I’m uncertain about is how far social games can go. Clearly, Zynga and other social games leaders have found a way to provide entertainment people enjoy–and, let’s not mince words, appeal to people’s addictive nature by adroitly manipulating game mechanics to keep players coming back again and again. As a result, Zynga is raking in big bucks and seems headed for a blockbuster IPO. And games may well support a second big business in virtual currency for Facebook.

Given their undeniable appeal, it seems that social games are here to stay for a good long time. But I also wonder if the slowdown and churn we’ve seen in social games this year indicates a certain weariness on the part of players. I’m afraid I don’t have the addictive gene, so much of the appeal of social games is lost on me (although I would like to reach level 12 in FarmVille so I can plant chile peppers…).

But even people who respond to the rewards of these games can feel like they’re on a treadmill. As a result, social games companies are trying to add more wrinkles to their games to keep users from getting bored. But then, like so many tech companies that have fallen victim to the Innovator’s Dilemma, they may start losing the mass market, for whom the simplicity of social games is key. Only a few companies, I’ll wager, will be able to walk that thin line.

Some 1.3 million malicious online ads are viewed every day, even on high-profile sites such as the New York Times and TechCrunch. This so-called malvertising–pop-up fake antivirus ads and seemingly standard ads that have malicious software code embedded in them in an attempt to steal data such as passwords or credit-card numbers–is often very difficult for Web publishers and ad networks, let alone consumers, to detect. Indeed, because these ads must be found manually, usually thanks to a user complaint, the average life of a malvertisement before it’s detected and taken down is more than seven days, according to the Web anti-malware service Dasient. That’s more than long enough to infect thousands of computers.

Including my wife’s PC a few months ago. That infection took more than a week to eradicate, and even then, the PC was never the same and she was forced to reinstall just about everything on it. So I have a personal interest in Dasient’s newest service, introduced this morning: what it claims is the first automated anti-malvertising service. It’s an addition, using some of the same technologies, to the 18-month-old startup’s anti-drive-by malware service. Some background from Dasient’s release:

Malicious advertising, also referred to as “malvertising,” is a relatively new attack vector for cyber criminals that is quickly on the rise. With malvertising, fake malicious ads are delivered (often via advertising networks) to well-known websites as a way to reach millions of users at once on websites they normally trust. Unlike typical spam or virus attacks, which rely on victims to click on a link in an email or accidentally download an infected program, malvertising attacks are presented on popular websites and can download malicious code directly onto a user’s computer when the victim views the compromised ad. By infiltrating an entire ad network, the criminal gains access to a broad number of syndicated websites that can spread malicious code even further.

Dasient cofounders Ameet Ranadive and Neil Daswani told me that the reason malvertising is on the rise is twofold. For one, ad networks are becoming more efficient at syndicating ads to and from each other, instantaneously, so malvertisements can spread fast. For another, advertisers increasingly are hosting their own ads, and they often don’t have the technical expertise or staff to handle bad ads–which is why you’re twice as likely to get served a bad ad on a weekend, when the creators know IT staffing is light.

Although malvertising is hardly a secret, most efforts to prevent it have focused on education and prevention. Dasient works with ad networks and publishers to analyze each ad in real time, detect changes that may mean a bad ad has been substituted for a regular one, and provide forensic trails to trace the source of the ads.