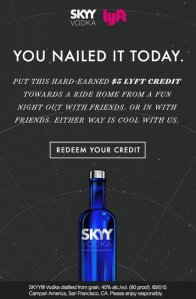 From my New York Times story:

Moments are having a moment in advertising. Or at least a micromoment.

As people flit from app to app online, they have little patience for any interruption, especially a banner ad or, heaven forbid, a 30-second commercial. Moments, whether they come during a 10-second Snapchat video or Twitter’s new collection of real-time news bites — called, fittingly enough, Moments — increasingly are all companies have to market against.

Companies that buy and sell online advertising are taking aim at these fleeting instances. They are hoping that targeting people based on what they are doing on their mobile devices at a particular time might make them more receptive to the message.

Last fall, for instance, the spirits company Campari America targeted liquor consumers aged 21 to 34 while they were in neighborhoods with lots of bars and restaurants. Using Kiip, a San Francisco firm that places ads in mobile apps, Campari offered consumers $5 off from the ride-sharing service Lyft when, say, they checked a score on an app while at a sports bar. More than 20 percent redeemed the offer, a high rate for digital ads.

“The attention span of consumers today is, what, eight seconds?” said Umberto Luchini, Campari America’s vice president for marketing. “You get one shot.”

And an ever more brief one at that. … 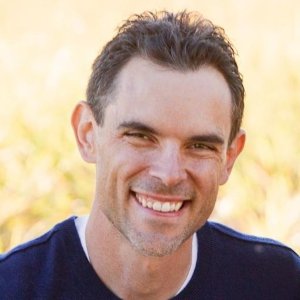 Rob Leathern has spent the last decade and more trying to find better ways for advertisers to serve us online ads. So why are he and four colleagues from his previous company starting a new one that will let us pay publishers not to show us ads?

“We got to know the good, the bad, and the ugly,” said Leathern, founder and chief executive of Optimal.com. Since he sold his last company, the unrelated social media analytics and ad software firm OptimalSocial, to Brand Networks, in 2013, Leathern has been mulling how to fix a “broken” online advertising industry plagued by too many annoying, bandwidth-sucking, privacy-invading, malware-carrying banner and video ads.

To address that mess, today he’s announcing plans for what he calls a “smart subscription service for all the content on the web, minus the ads.” The idea is that people could sign up to pay a yet-undetermined monthly or annual fee to see any content they want but without ads for whatever sites they choose. They could still agree to see ads from sites that are showing ads “respectfully,” meaning those that aren’t deceptive in content or how they use people’s data for targeting.

After taking a small cut of those revenues, Optimal would pay publishers according to the percentage of overall Web traffic they generate. If users upvote a publisher or its specific content using Optimal’s system, the publisher could get a higher revenue share. Either way, the intention is that publishers would get at least as much revenue as they would from these subscribers viewing ads.

“We think there’s a legitimate use case for ad blocking,” says Leathern, whose younger brother is a magazine journalist in their native South Africa. “But if publishers don’t get paid, they can’t produce good content.” … 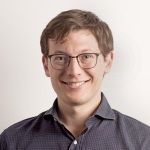 By many accounts, President Barack Obama handily won the 2012 election partly thanks to his campaign’s use of data to supercharge voter outreach, fundraising, and TV ad buys.

Now, the two-year-old company formed by the campaign’s chief analytics officer and some of his team, whose operation was known as “the Cave,” is bringing that data science to bear on the cloistered world of television advertising. Today, Chicago-based Civis Analytics, which helps non-profit companies and corporations corral and analyze their disparate data, is announcing what it calls the first ad planning software that uses big data analytics to apply to television the kind of precise ad planning and targeting used to target online ads. …

Civis founder and CEO Dan Wagner says the company, which counts Alphabet (formerly Google) Executive Chairman Eric Schmidt as an investor, chose television for its new market not just for its sheer size but also because it works on relatively fuzzy data. “The underlying science in media planning hasn’t changed since the 1970s,” he says. “Chief marketing officers are fed up with the lack of credibility and accountability over a channel that accounts for a huge proportion of their budgets.” … 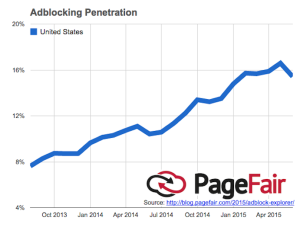 Today’s release of another study on the rising use of ad blockers has sparked a new round of hand-wringing over the software’s blow to the online ad industry. Some $22 billion will be lost worldwide this year, according to the report from Adobe and PageFair, an Irish company that helps advertisers get some of that lost ad revenue back.

Sounds scary! But the concerns are overblown, at least for now. Here’s why:

* It’s still a relatively small percentage of people especially in the U.S., where only 15% of users employ ad blocking, according to the study.

And the U.S. is by far the most lucrative ad market in the world. So in the places where most online companies advertise, they’ll continue to reach the vast majority of users.

* Only desktop ads are getting blocked for now. And we all know we’re rapidly approaching the time when most of the ads we see will be on our mobile devices. So the fastest-growing ad market, on mobile devices, isn’t even affected yet, not least because app stores such as Google’s don’t allow ad blocking apps. …

All this isn’t to say advertisers shouldn’t be concerned. They should be. The ad blocking trend line doesn’t bode well for brands that expect to keep reaching people as easily online as they have everywhere else.

But advertisers that create ads that aren’t intrusive and may even be useful have less to fear. Those that keep trying to shovel pop-ups and annoying mortgage come-ons? They probably deserve to lose business anyway.

From my story in MIT Technology Review:

In announcing plans to buy AOL for $4.4 billion, Verizon is betting that it can lead the future of television as it explodes from the living room to computers, smartphones, and tablets. But at least in the near term, it faces plenty of headwinds.

The deal, rumored earlier this year, catapults the largest provider of wireless Internet service into the media and advertising technology businesses, in direct competition with companies such as Google and Facebook. Already in the television business with its FIOS cable TV alternative, Verizon now has the potential to help advertisers reach specific audiences viewing online video and TV–still by far the most lucrative ad medium–on any screen. That’s something no other company has yet managed to do.

Although AOL is still known first for its declining but profitable dial-up Internet access business and second for owning prominent sites such as Huffington Post and TechCrunch, its growth is now driven chiefly by enabling the sale of ads–especially video ads–on other sites. The deal, expected to close this summer, would end AOL’s rocky history as an independent company, which began in the 1980s with its pioneering Internet access service and peaked in 2000 when it acquired Time Warner for $164 billion–later seen as one of the most disastrous mergers in corporate history.

Since then, the company has struggled to regain relevance. Under CEO and former Google executive Tim Armstrong for the past six years, it has attempted to build a media business; more recently, via acquisitions such as the 2013 purchase of video ad exchange Adap.tv, it has been cobbling together technologies to automate the sale of video advertising on other sites.

That ad tech business, whose revenues rose 19 percent in the first quarter, is probably what attracted Verizon more than AOL’s media business, which grew only 8 percent. Chairman and CEO Lowell McAdam said his company has been investing in advertising technologies that can reach consumers on any screen, from smartphones to computers to TVs. In fact, it’s expected to launch a service this summer that would bundle TV and video content into a cable TV alternative. …