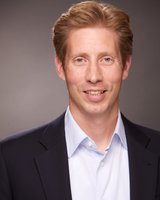 In March of last year, just as market watchers Hitwise and comScore reported that Facebook overtook Google as the most visited website for the first time, Facebook also stole one of Google’s top ad executives: David Fischer. The former deputy of Facebook COO Sheryl Sandberg at Google and a onetime editor at U.S. News & World Report, the 37-year-old Fischer left a job spearheading the search giant’s local ad effort to become Facebook’s vice president of advertising and global operations.

Despite his sales background, insiders say Fischer was a good fit with Facebook’s geek culture. At Google, “he made (sales) people in an engineering culture feel that they were valued,” says David Scacco, Google’s first ad salesman and now chief revenue officer at MyLikes, which pays celebrities and other online influencers to promote ads on social sites. And despite a modest demeanor in public, he was known for sometimes cutting loose, dressing up as Ozzy Osbourne and singing ‘80s songs at sales conferences. That said, he’s clearly a sales guy: In a 50-minute interview, he used the word “opportunity” or its plural 58 times.

In this edited interview for my story on Facebook’s advertising strategy in the latest issue of MIT’s Technology Review magazine, Fischer talks about how Facebook hopes to transform marketing into “the most useful thing on the page.”

Q: What’s your vision of advertising, and how can Facebook make that happen?

A: The Web is being rewritten around people. There’s this transformation that’s happening from an information Web to a social Web. Once the Internet was great for answering questions like “What is the weather going to be like in Cambridge tomorrow?” and “What flights can I get from Boston to San Francisco?” It wasn’t so good at aggregating information about the way we actually live our lives, which is people.