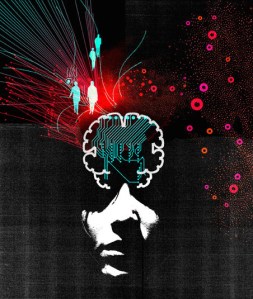 From my feature story in Technology Review:

When Ray Kurzweil met with Google CEO Larry Page last July, he wasn’t looking for a job. A respected inventor who’s become a machine-intelligence futurist, Kurzweil wanted to discuss his upcoming book How to Create a Mind. He told Page, who had read an early draft, that he wanted to start a company to develop his ideas about how to build a truly intelligent computer: one that could understand language and then make inferences and decisions on its own.

It quickly became obvious that such an effort would require nothing less than Google-scale data and computing power. “I could try to give you some access to it,” Page told Kurzweil. “But it’s going to be very difficult to do that for an independent company.” So Page suggested that Kurzweil, who had never held a job anywhere but his own companies, join Google instead. It didn’t take Kurzweil long to make up his mind: in January he started working for Google as a director of engineering. “This is the culmination of literally 50 years of my focus on artificial intelligence,” he says.

Kurzweil was attracted not just by Google’s computing resources but also by the startling progress the company has made in a branch of AI called deep learning. Deep-learning software attempts to mimic the activity in layers of neurons in the neocortex, the wrinkly 80 percent of the brain where thinking occurs. The software learns, in a very real sense, to recognize patterns in digital representations of sounds, images, and other data.

All this has normally cautious AI researchers hopeful that intelligent machines may finally escape the pages of science fiction. Indeed, machine intelligence is starting to transform everything from communications and computing to medicine, manufacturing, and transportation. The possibilities are apparent in IBM’s Jeopardy!-winning Watson computer, which uses some deep-learning techniques and is now being trained to help doctors make better decisions. Microsoft has deployed deep learning in its Windows Phone and Bing voice search. Says Peter Lee, head of Microsoft Research USA, “Deep learning has reignited some of the grand challenges in artificial intelligence.” …